Since the days of ‘fire and fury’, the world has witnessed three meetings between US President Donald Trump and North Korean leader Kim Jong-un. Despite the hopes these summits generated, we have not seen much progress on North Korean denuclearisation. Instead, these meetings appear to be producing diminishing returns. The Trump administration’s unilateralist approach, hostile US policies towards China, and South Korea’s efforts to seek for a pragmatic solution have contributed to this situation. 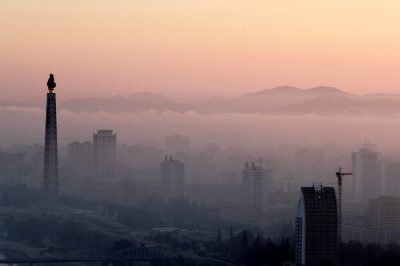 The first meeting between the United States and North Korea led to an agreement on negotiation principles, as well as drastically reduced military tensions. Despite its failure, the second meeting saw an agreement nearly reached. The third meeting went by with no agreement on substance at all. As a result, the chance for complete, verifiable, irreversible denuclearisation (CVID) looks more unattainable than ever.

How can we explain these developments? The unilateral approach of the Trump administration has set the stage. Since coming into office, Trump has shown little interest in working with others on North Korean disarmament. The Trump administration has tried to solve the problem single-handedly, and in doing so, has joined North Korea in rejecting multilateral approaches like the Six-Party Talks.

Confronted with a perceived existential threat and economic constraints that prevent the development of reasonable conventional defence capabilities, Pyongyang sees few alternatives to nuclear weapons development. This explains why Pyongyang has spent so much of its resources on the program and taken such extreme risks to continue it.

The only way to persuade North Korea to disarm is to demonstrate that Pyongyang can do better without nuclear weapons. This requires providing guarantees of regime security, military security and economic development.

The only way for the United States to deliver these three guarantees with a decent level of credibility is to work with other stakeholders. Together, they may be able to come up with a multilateral agreement to address North Korean interests in return for denuclearisation. But so far, the United States has shown little interest in such an approach.

Over the past two years, the Trump administration has made significant efforts to contain China. Such efforts include using the label ‘strategic competitor’, launching a trade war, going after Chinese high-tech companies like Huawei and internationalising territorial disputes. This hostility has had two major implications on North Korean denuclearisation negotiations. As China and the United States move toward confrontation, North Korea has more reason to believe that it can keep its nuclear weapons. And China may hedge against possible US confrontation. In this situation, Beijing is likely to assign a higher priority to friendship with Pyongyang than to delivering denuclearisation.

South Korea’s preference for a phased denuclearisation process with reduced UN sanctions is another factor at play. Although South Korea still wants denuclearisation, it does not believe that an immediate CVID approach is realistic. This has further convinced North Korea that the United States is alone on insisting that CVID be immediate.

The first scenario is unlikely. Given Washington’s hostility, China is unlikely to approve additional sanctions, as long as North Korea does not conduct new tests. China may also work with South Korea to push for a reduction of existing sanctions as a reward to North Korea for giving up additional tests. If the United States continues its confrontational approach to relations with China, Beijing may consider reducing or abandoning current sanctions.

The second scenario, a phased approach to denuclearisation, may not work either. Given the Trump administration’s unilateralist approach, it is unlikely to come up with a credible package of incentives capable of satisfying North Korean concerns.

This leaves the third scenario, the status quo. This is not a preferred outcome but it may be the only outcome acceptable to all parties. North Korea can accept it because Pyongyang can keep its nuclear weapons. China, Russia and South Korea can accept it as long as North Korea stops additional tests and promises to denuclearise eventually. Even the Trump administration can accept it. As long as North Korea does not possess the capability of fitting nuclear warheads on long-range missiles, the United States will not feel existentially threatened. Trump can put up with nuclear weapons while claiming victory for relaxing tensions on the Korean peninsula. This can also be seen in his dismissal of recent North Korea short-range missile tests and repeatedly expressed hope for another meeting with Kim.

The future of North Korean denuclearisation is uncertain. Given Trump’s unilateralist approach, the necessity felt by Beijing to hedge against US confrontation and South Korea’s preference for a phased solution, the status quo is most likely to continue. This is bad news for the non-proliferation regime.

Jia Qingguo is Professor of diplomacy and international relations at the School of International Studies, Peking University.